Maybe your PCs have been all around the neighbourhood and it's time to spice things up a little. Or maybe you're looking for a way to seed your world with brewing conflicts and problems to be solved.

Either roll on the table when needed, or drop a bunch of d20s on your world map. Where they landed, that trouble starts brewing. Or it might not come about just yet, but there are omens and portents aplenty. 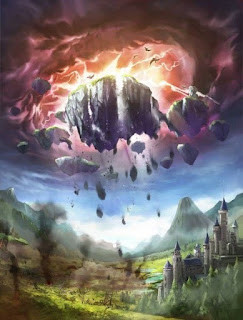