First, here is a bigger table of dragons for Four Against Darkness:

When the party kills a true dragon, they may cut out its heart and take it back to Town as an additional treasure. There, a character may sacrifice the heart on the altar of the Dragon Cult to receive a random draconic gift. A character may only have a number of draconic gifts equal to their Level and should they roll one they already possess, no gift is gained from that heart.

A character who gains all draconic gifts transcends their humanity, becoming an ageless dragonkin.

Posted by red_kangaroo at 14:33 No comments:

I have replaced the Room Contents result number 9 with "Roll for a random trap.", because traps are an interesting obstacle while empty rooms are boring.

First though, here is a generalized table of Saves, more or less derived from the non-specific rolls against danger present throughout the base rules of Four Against Darkness. A character's Saves depend on their class and Level, plus any bonuses from magic items. As with all risky rolls, a roll of ⚀ is always a failure.

A Cleric uses +L bonus for all Saves involving the undead; though frankly I may do away with Clerics, because I just don't like them.

Mark any traps on your map. They remain in the room and must be rolled against every time the party passes through there. A Rogue in the first row can attempt to disarm a trap before it hits anyone.

Obvious traps are, well, obvious and seen from afar. The party can choose to turn back rather than enter the room with an obvious trap, but if they want to cross the room, they have to bear the trap's effects.

If you encountered a treasure guarded by a trap (Room Contents #3), use the Obvious Traps table. Otherwise, roll d3 to see which table to use.

*) Magic trap. Cannot be disarmed by a Rogue, but can be dispelled by a Wizard in the first row.

I've had rather little time lately, but I've picked up Four Against Darkness to play when on the train or in a useless Teams meeting. For those who haven't heard about it, it's a solo hack & slash dungeon crawler with procedurally generated dungeons and simple rules which requires only a single d6 (except for a few d66 rolls). It has lots of killing monsters and getting loot, but not really any role-playing unless you invent some yourself.

I especially like the dungeon generator. You have d66 small map pieces in the book and every time you arrive at the edge of an unexplored corridor, you roll for the next piece. It results in a much more interesting map than the many abstract dungeon generators seem to provide.

Anyway, I've already started house-ruling and tinkering with it. :)

When you find a magic weapon as per the base rules, roll on the table below for a special effect in addition to the normal +1 Attack.

Unlike weapons, magic shields do not get a bonus to Defence, but they do get a special effect.

Posted by red_kangaroo at 09:00 No comments: 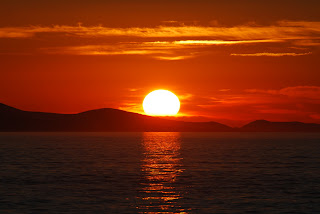 The Sun rises and there is a brand new day.

How he would have laughed at the idea of himself growing old and frail, once. He remembers those days when he ran with his brothers and sisters under the primordial sky, naked golden skin glistening, pure joy of life and hunt in their hearts. They tore bears apart with bare hands. But those days are long gone now.

The Sun sets and another day is over.

He is doing it for his family. They need him, he says to himself, but he no longer believes they remember. They live for the moment, for passion and action and sensation. Most likely they just forgot about him and moved on, unburdened by the grim thoughts of his eternal labour.

The Sun rises, burning bright for all.

The orb is searing his hands. Once he would cavort in a blizzard and swim in a volcano, but now his skin is blistered from the heat and yet he shivers from the freezing air. But he presses on.

The Sun sets as it did for times untold.

He remembers the day when the old father died. His family was solemn and sombre, a rare sight indeed. The old father toiled for them all, and someone would have to continue the work. He was young and foolish and proud. He volunteered.

The Sun rises and it will do so again tomorrow.

For how long is he going in circles? First, days flew past and he didn't break a sweat, then years and he was bored but determined. Then centuries and millennia and even more and ever more...

The Sun sets, for it never stops.

His chest hurts and he can hardly breathe. His left arm went numb and he more staggers than walks. Yet the work is there and then there is more work, always.

He is so exhausted. 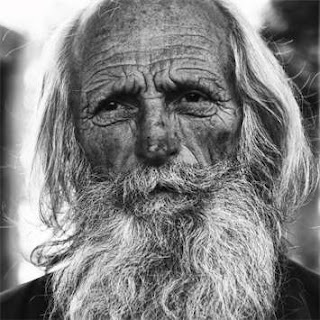 Except the Sun has stopped.

Where did the Sun stop?

Can the PCs find another god willing to take on the burden of the Sun? Or is there another way?