No Magic Weapons In Space

Sci-fi games have an even higher risk of running into the "+X weapon" problem than fantasy games. Special weapons of the future more or less always simply do more damage, maybe with some explosions, napalm, electricity or lasers thrown into the mix. Okay, the explosions and flames might be cool, but if you go the "more dakka" route with all your special weapons, it gets boring rather fast.

Furthermore, when a sci-fi game does have magic weapons, they unfortunately tend to be actual magic weapons. Don't get me wrong, I love gonzo genre mash-ups, but sometimes you don't want that. Even hard sci-fi "magic" weapons should feel special.

Not-really-magic weapons should do something that normal weapons don't, without necessarily being more powerful than normal weapons. They could create portals, alter gravity, or have multiple settings. They should be rare, weird and interesting, but still stay within the confines of science fiction rather than science fantasy.

Let's make a few special weapons that would fit the bill.


Escort Glaives
two-handed melee weapon, 1d10 slashing damage
These chrome and plasteel glaives are always manufactured as a pair. When held parallel to each other, they erect an impenetrable force field in between. The force field is automatically collapsed if one of the glaives is moved out of sync (eg. when attacking) and the glaives must be wielded for the force field to activate.

They are normally used by bodyguards, providing an elegant alternative to nobles who dislike the constant buzz of a personal shield.

Teamwork weapons! Could be useful for many shenanigans, but you always have to be careful about positioning and when to attack.

LAMMA Mk. IV aka "Liquid Adaptable Metal Multipurpose Armament"
any melee weapon, 1d4 to 1d10 damage
A masterpiece of the adaptable armament technology, the newest model boasts a perfected mindlink interface. With a mental command, it may be transformed into any standard melee weapon, from dagger to whip or longspear. For anyone but the imprinted wielder, it will revert to its inert shape - a tiny metal cube.

Some models also implement other forms, such as pliers, trowel, or a bracelet to easily carry the weapon without raising suspicion. 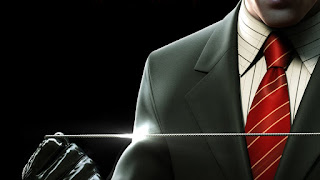 Effective (if messy) grappling kills should encourage the players to try and use more stealth. 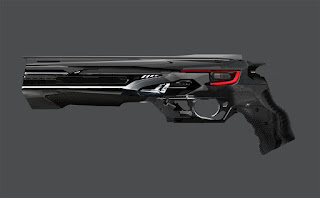 Gyrojet Gun
one-handed firearm, 1d8 piercing damage, range 100 m
This heavy handgun uses special self-propelled ammunition with an inbuilt targeting system. At the user's option, a successful hit will tag the target. Subsequent shots may be directed at the tagged target, hitting automatically even around obstacles, as long as there is a path from the gun to the target and the target is in range. A new target may be tagged at will, replacing the previously tagged target.

While no more powerful than a normal gun, the "guided missile" bullets make a big difference in how you should approach gunfights. After one hit, you can stay in cover and shoot around a corner. 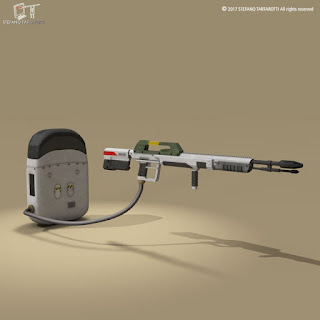 Goo Gun
two-handed non-lethal firearm, range 10 m
This flamethrower-like foam sprayer disperses a so-called "pink goo". The goo is sprayed in liquid form and quickly expands into a sticky containment foam, completely filling any square/hex it hits*. The goo is durable and highly adhesive**, but flexible and porous, allowing people to breath even while fully submerged in it. It is also resistant to high and low temperatures, impacts and electricity, and blocks extradimensional effects like telekinesis and teleportation. A specialized solvent is required to quickly remove the goo, otherwise it takes hours to degrade on its own.

Goo guns are often times employed by the Space Police forces to capture dangerous criminals alive, or to secure psions and supermutant for transport.

This is likely to be used against the PCs, but should they manage to steal a goo gun, I'm sure they will find a use for it. 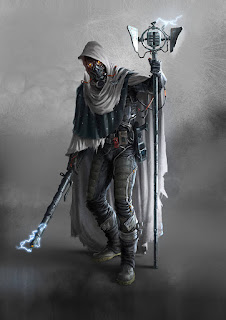 *) Dex Save to escape from the square before it can stick to you.
**) Str check at -4 to break free once caught, impossible if buried in the foam.
Posted by red_kangaroo at 22:49 2 comments:

You don't want to be alone anymore? Of course not. So why don't you get a new friend that can be with you everywhere, all the time? 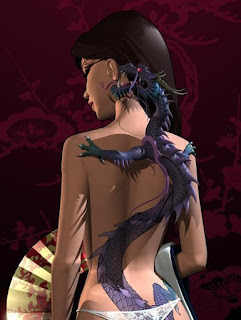 Posted by red_kangaroo at 18:49 No comments: